Daan Moelands (2004) is a talented Dutch Decathlete and his favourite events are the jumps. He is ranked 17th U20 in The Netherlands this outdoor season (2022). Daan is currently finishing his academics and is looking to join a strong college Track & Field team in the Fall of 2023.

Daan Moelands (2004) is a talented Dutch Decathlete and his favourite events are the jumps. He is ranked 17th U20 in The Netherlands this outdoor season (2022). Daan is currently finishing his academics and is looking to join a strong college Track & Field team in the Fall of 2023. 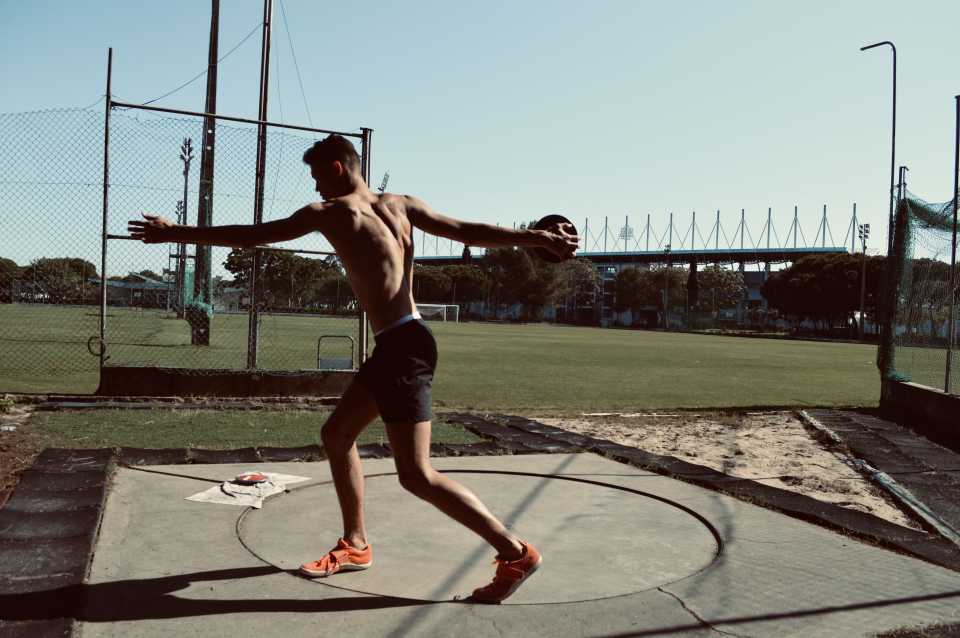 Daan is a very motivated and experienced athlete. He started doing track and field at age 12 and had multiple successes throughout his career already. His best performance so far is his 2nd place in the high jump at the National Championships U20 in 2022. Daan is currently ranked 17th, 14th, 20th, and 32nd in the decathlon, high jump, shot put and long jump respectively.

At the start of his career Daan was training at a local club team, ARV Achilles. Two years later he switched to another club to train with a professional and more competitive team. Daan started to practice more often and his training became harder and at a much higher intensity. He made progress, but also dealt with some health problems during that time. At age 16 he was fully recovered, stronger and more motivated than ever to get back into training and competing again. Together with a new coach he puts in a lot of hard work and made much progression since.

This dedication is one of his major strengths. He is a highly motivated athlete who always gives a 100% effort both in competition and training. He’s patient and very coachable. Outside practice he takes care of his body very well doing the right things as eating healthy and stretching. Daan currently works on improving his hurdles and throws as these are his weakest events in the decathlon. He’s focusing on his technique a lot and is doing exercises to improve his mobility and flexibility as well. We strongly believe there is still room for improvement in these areas and Daan has a lot of potential to improve his PBs across the board.

His current PBs are:

Daan’s primary athletic goal in the USA is to perform at his absolute best and getting the most out of his college T&F career. He is excited to work hard and become better every day. After his career in USA he would like pursue athletics in The Netherlands competing at a the highest national level.

He is currently finishing his academics as an assistant teacher and is expected to graduate in the Spring of 2023. Daan is interested in doing a major in Exercise Science. For more information about his academics, please check out the details section below.