Jonah Steenvoorden (2005) is a talented Dutch track & field athlete specialized in sprints. This ambitious athlete is currently ranked 4th U18 in the country for the 200m. Jonah is interested in joining a competitive college T&F team in the Fall of 2023.

Jonah Steenvoorden (2005) is a talented Dutch track & field athlete specialized in sprints. This ambitious athlete is currently ranked 4th U18 in the country for the 200m. Jonah is interested in joining a competitive college T&F team in the Fall of 2023. 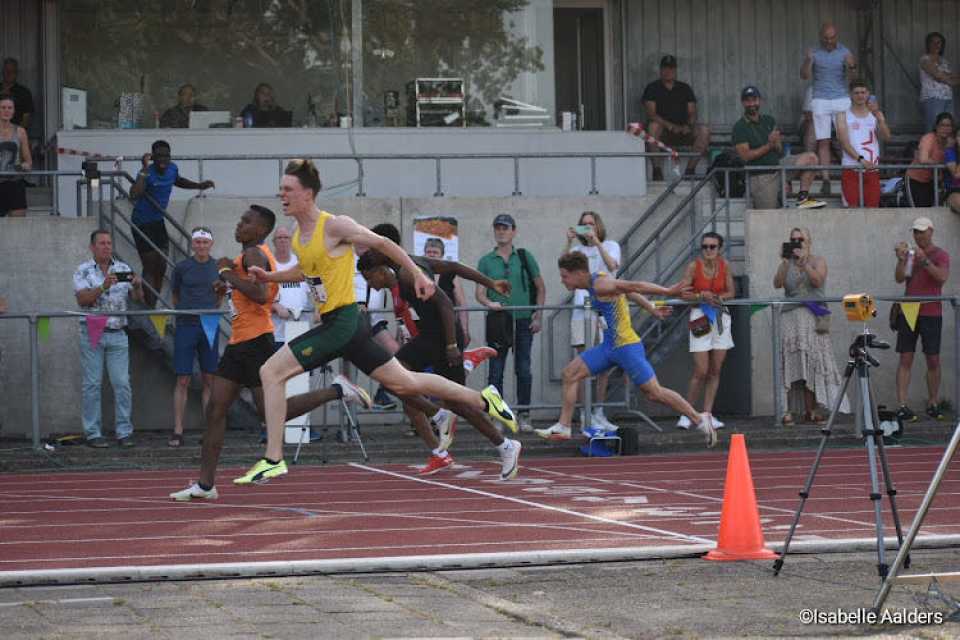 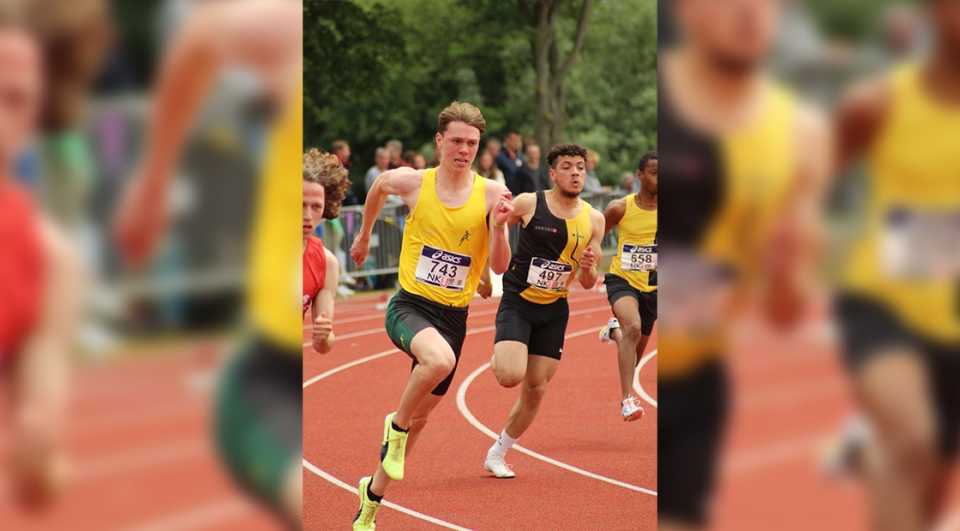 Jonah trains with his club team Haag Atletiek and focuses on the sprint events primarily. Recently he finished 3rd at the Dutch National Championships U18 in the 200m (2022). Over the past 2 years he made lots of progress very quickly as he only started track and field as his primary sport at age 15.

He dabbled in track at age 12 as a distance runner primarily. He ran distance and XC for his school ACS Egham in the UK for a few months, but mainly played soccer. When he moved back to The Netherlands at age 14, he continued to play soccer here for just over a year in the first team of his club. As he used to be one of the fastest players in the field, he decided to join his local track team Haag Atletiek. Quickly after Jonah ran his first track meet and he managed to run 12,29s in the 100m sprint. He made lots of progress since then, such as improving his 200m time by 2 seconds and cutting down his 400m PB from 54,84s to 51,30s. During his short track career, his talent for sprinting and natural speed became evident. Moreover, one of his best performances is a 3rd place finish at the Dutch National Championships U18 in the 200m in 2022 outdoors as well as indoors.

Jonah’s strengths are his top speed, which comes late but is very high. He can maintain this speed for a long time and fatigue kicks in late during his 400m. This is an event that he’s still exploring. Since he isn’t that explosive but still very fast, we strongly believe Jonah has much potential in becoming a very strong 400m runner in addition to his 100m and 200m sprint. Explosiveness out of the blocks is also an area he is currently working to improve and he’s focusing on his start in particular.

His major goals in the USA are to keep improving as he is doing right now surrounded by a team of sprinters that can help him lift his athletic performance to the next level. In addition, he’s looking to continue his athletic career in Europe as well, and wants to become one of the best sprinters in the country finishing in the top of the field at nationals.

Jonah is currently enrolled in an international high school in The Hague and is expected to graduate with an International Beccalaureate (IB)-diploma in the Spring of 2023. He is interested in doing a major in either Physics, Psychology or Mathematics. Jonah is a very strong student too and is looking for a school with a strong academic and athletic program. For more information about his academics, please check out the details section below.