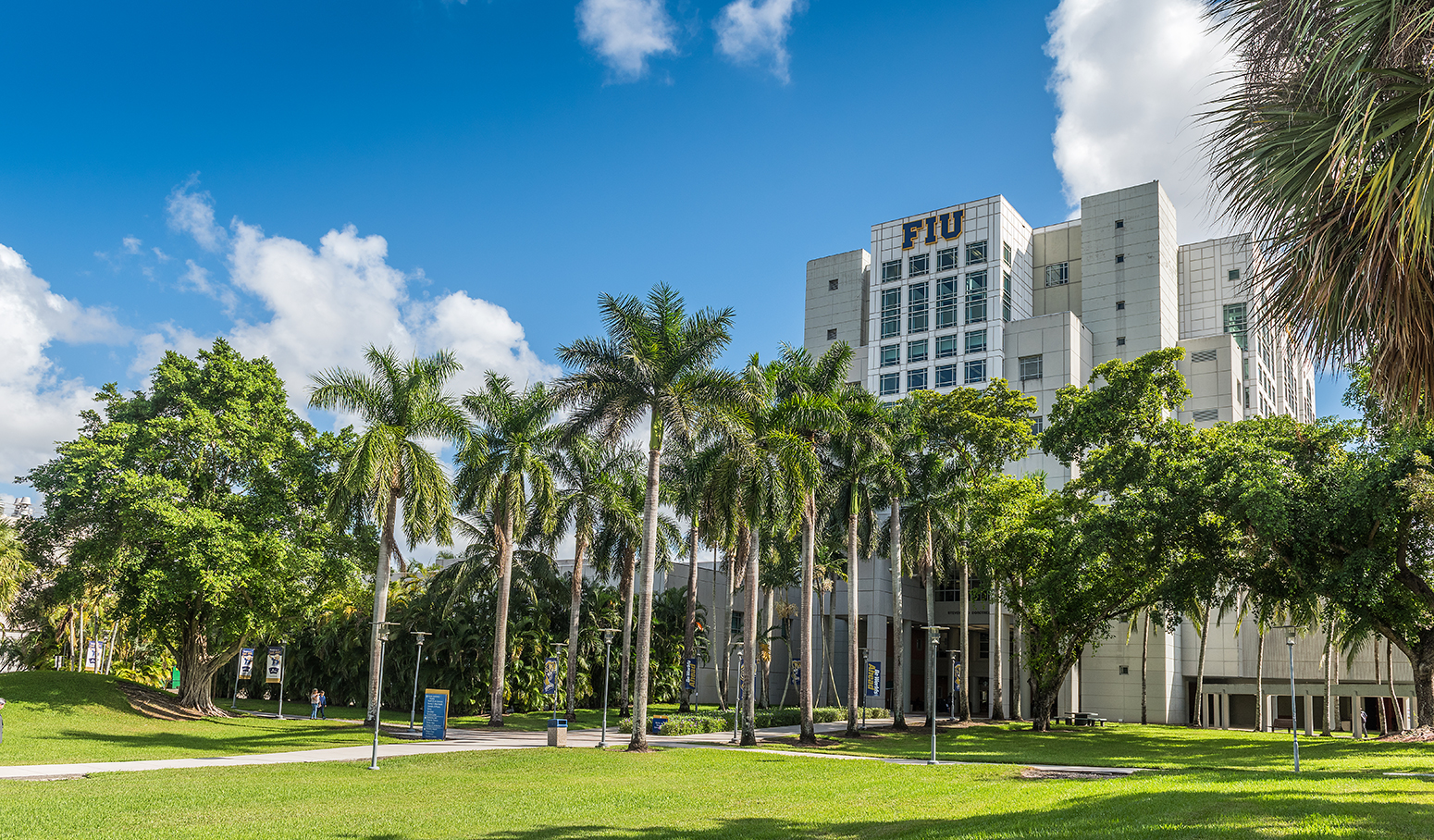 This week, we’ll be taking a close look at a university located where the sun is always shinning and where beach day is ‘every day’: Florida International University (FIU). Designated as a top-tier research university in Miami, Florida, FIU offers a large array of nationally recognized programs, and it possesses a diverse student body that makes the university one of a kind.

In case you might have missed it because you were too busy thinking about that great tan you could get, FIU is located in Miami, Florida. Miami is a coastal metropolis known for its breathtaking beaches, nightlife, and warm weather. It’s important to note that Miami is far more than what we might typically think of when we see it depicted on television or movie screens. The city is home to neighborhoods that each have their own rich histories and personalities, such as Little Havana, Wynwood, and Coconut Grove. In essence, FIU is in an area that is a hub of culture, fashion, art, and food from peoples all around the world. No need to reapply that sunscreen as we take a look at Miami Beach when the sun sets.

FIU currently has multiple campuses throughout South Florida, notably the Modesto A. Maidique Campus (MMC) and the Biscayne Bay Campus (BBC). Its main campus is the MMC, which spans 342 acres and contains numerous restaurants, spacious housing options, and impressive recreational centers. The student hub at MMC is the Graham Center (GC), where you can find students advertising their clubs, fraternities engaged in dance-offs, or even high-stakes video game competitions taking place. If you’re tired of all the activity at GC and need a space to unwind, you can visit the nature preserve on campus, which contains a rare Pine Rockland ecosystem. As for the gym, you can rest assured knowing that FIU’s Wellness & Recreation Centers will more than meet your expectations. Not only can you find state-of-the-art gym equipment, but you can also join fitness classes with fellow students!

FIU is a member of the NCAA Division-1, offering over 18 sports teams such as football, basketball, soccer, tennis, volleyball, and baseball. The university has more than 400 student athletes who have together garnered 116 All-American honors and appeared in 45 NCAA tournaments. The Athletic Department at FIU has also produced many professional and Olympic athletes throughout the years. Two notable athletes who attended FIU are Indianapolis Colts wide receiver T.Y. Hilton (American football) and Olympic gold medalist Tayna Lawrence (track & field). You could be FIU’s next success story!

Inspired by the native Florida panther, FIU’s mascot is a gold panther named Roary who can be found at athletic games helping the students cheer each other on. If you ever see him, don’t be afraid, he definitely doesn’t bite (remember he’s not an actual panther). He can almost always be found wearing a blue FIU jersey to represent the university’s official colors: blue and gold. Be sure to give him a roar if you ever get the chance to meet him!

The Riccardo Silva Stadium, informally known as ‘The Cage’ is FIU’s on-campus stadium where its football team practices and plays. The stadium contains a high-tech turf surface, Jumbotron screen, merchandise area, and the Athletics Hall of Fame. The stadium was opened in 1955 and can house up to 20,000 spectators. For its other teams, FIU also has impressive practice and competition venues, such as the Ocean Bank Convocation Center, Infinity Insurance Park, and the Biscayne Bay Aquatic Center.

FIU is a very large university with 11 schools and colleges and more than 190 degree options that are available to its student body of more than 56,000. FIU ranks among the nation’s top ten largest universities, with more than 275,000 graduated alumni. Its student body is also incredibly diverse, with around 3,800 students who come from 142 different nations. I don’t know about you, but I didn’t even know so many countries existed!

FIU offers on-campus and fully online bachelor’s, master’s, and doctoral degree programs. With 194 majors offered, from science to engineering to business, you’re more than likely to find a major that suits your interest. In addition, there are over 400 clubs and organizations at FIU that students can join to interact with each other and their local communities. Students at FIU also have the option to create their own clubs if they don’t see one that already exists with their specific passion. At FIU, the possibilities and opportunities are endless.

Hopefully you have now got to know Florida International University a little bit better. Do you also want to become a student-athlete? And maybe even walk around here someday? Then contact us quickly! 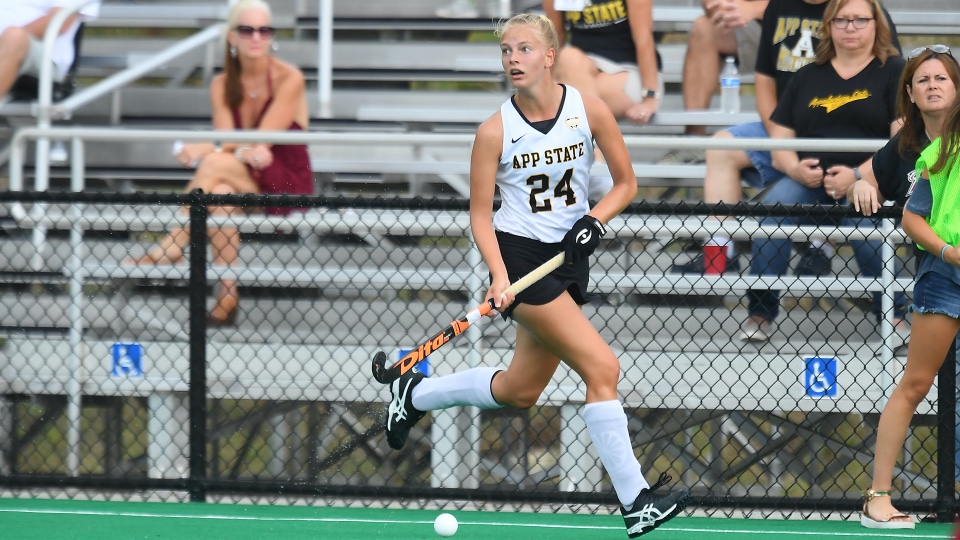 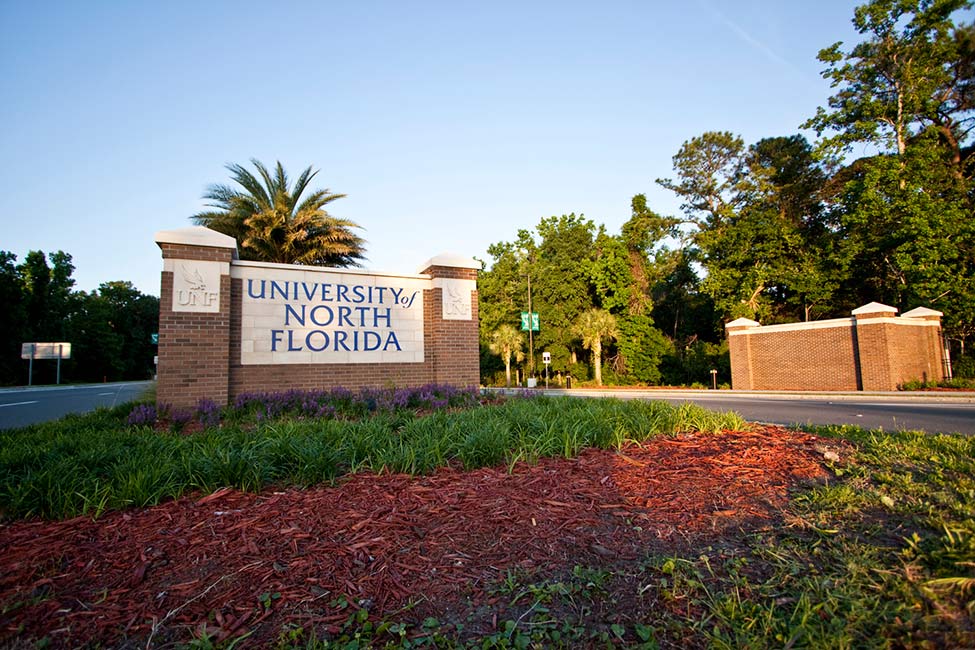 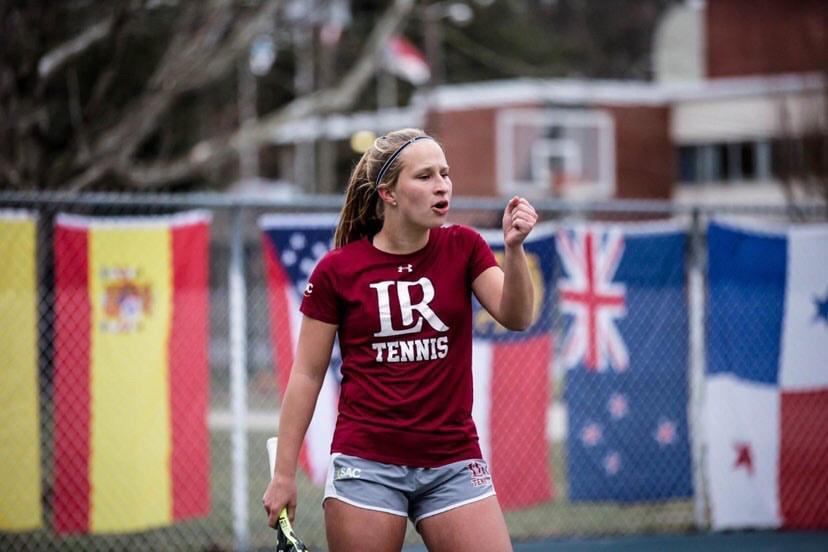