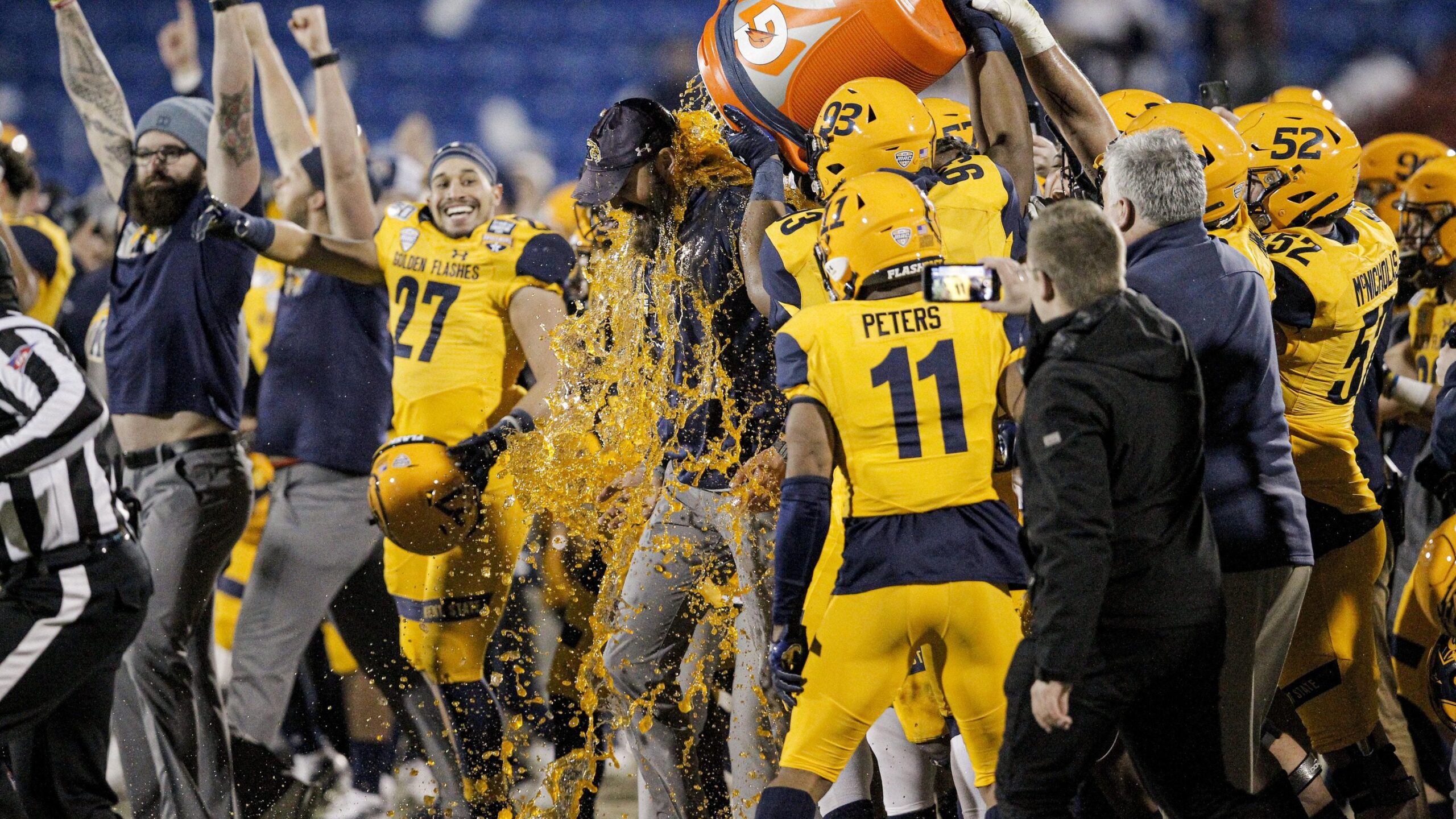 This week we’re going to Kent, Ohio for our University Spotlight. Here we will find Kent State University, the home of our golf talent and Slamstox student-athlete Mayka Hoogeboom!

Mayka became part of the National Dutch golf team at the age of 12. After years of training the time had come this year, Mayka left for Kent State in August this year! In the last few years before her departure to the USA, Mayka was very successful in The Netherlands: she won the national championships in 2018, both individually and with her Dutch team. Mayka also won silver twice in 2019: at the National Championships U21 and at the ‘National Stroke Play’ championships.

Earlier this year Mayka won also  the Slamstox-award of the year: a free plane ticket to the US! Mayka did this by matching Hester Sicking with Slamstox, Hester has become part of South Dakota State this year!

Mayka has only just arrived in the USA, but we asked her to give a first impression of her university. Mayka said the following:

“I mostly noticed that Kent State one Big Family is, everyone supports each other!”

Kent State University is located in Kent, a city in Northeastern Ohio. It is a small city of about 28,000 residents located on the banks of Cuyahoga River in Portage County. When students at Kent State University need a day in a larger city, Akron, Canton, Cleveland and Youngstown are a short drive from Kent.

‘Not too big, and not too small’, ‘Plenty of facilities, but above all the personal attention’, that is how graduated students of Kent State University describe their university. The university was founded in 1910, originally it was only a teacher training college. In addition to the main campus, the university also has 7 smaller campuses, all located in Northeastern Ohio. Ohio State University is considered one of the larger universities in the state with around 40,000 students annually.

Videos show more than a thousand words, which is why we added the video below. A campus tour of Kent State. Check it out!

Kent State is home to 40,000 students annually. Among all these students, a small ‘elite group’ consists of the student athletes. As you have seen in previous University Spotlights, the student athletes of each university are well looked after. Kent State also takes good care of its ‘Golden Flashes’, the university’s varsity sports teams. Check out a number of facilities below!

Dix Stadium
Dix Stadium is the largest stadium at the university, it is the stadium where the American Football matches are played. There is room for more than 25,000 spectators! Check the photo of Dix Stadium on the right!

Memorial Athletic and Convocation Center
Another cool stadium at the university is the ‘MAC-center’. Many different sports games are played here: basketball, gymnastics, volleyball and wrestling. There is seating for almost 6,500 spectators.

Golf Training and Facility Center
Of course we also need to talk about Mayka’s training facilities! This center at the university is where she trains and also plays matches in the future. It is very large and offers both indoor and outdoor facilities. To get a good impression of this center on campus, we have added the video below!

‘The Golden Flashes’ is how the student athletes of Kent State University are called. The varsity teams consist of eleven women’s teams: basketball, cross country, hockey, golf, gymnastics, lacrosse, football, softball, indoor & outdoor track & field and volleyball. There are also seven men’s teams, unlike the women, they also do baseball and American Football, but not gymnastics, lacrosse, football, volleyball and hockey (which does not even exist for men). These teams consist of more than 450 student athletes!

More than half of all these student athletes have a GPA of 3.4 or higher: this shows that in addition to sports, study is also important! In addition, 34 of these student athletes have won ‘Academic Awards’ in the history of the school, which are presented annually to the best academic scoring student athletes. There have also been 94 Individual Awards in the history of the school, which are the titles for All-American and Player of the Year. In addition, there were 37 team victories, where teams won the Mid American Conference, allowing them to participate in the annual NCAA tournament. A good number of student athletes from Kent State University entered the professional circuit in their sport after college. Curious about the list? Check this!

The male and female golf teams, of which Mayka is now also a part, have also had great success in recent years. The women even won 5th national place in 2017! Below is a photo of the former Ladies Golf Champions!

Kent State University already has a total of more than 257,000 alumni worldwide! All these students come from 98 countries around the world, cool right ?!

So the students are very international, but so is the school. More than 200 different courses are offered in 60 different countries!

But there are also plenty of different courses in Kent, Ohio! Too much to list here, so check out this list with different majors offered.

Have you become enthusiastic about life as a student athlete and do you want to start this adventure, just like Mayka? Reach out! 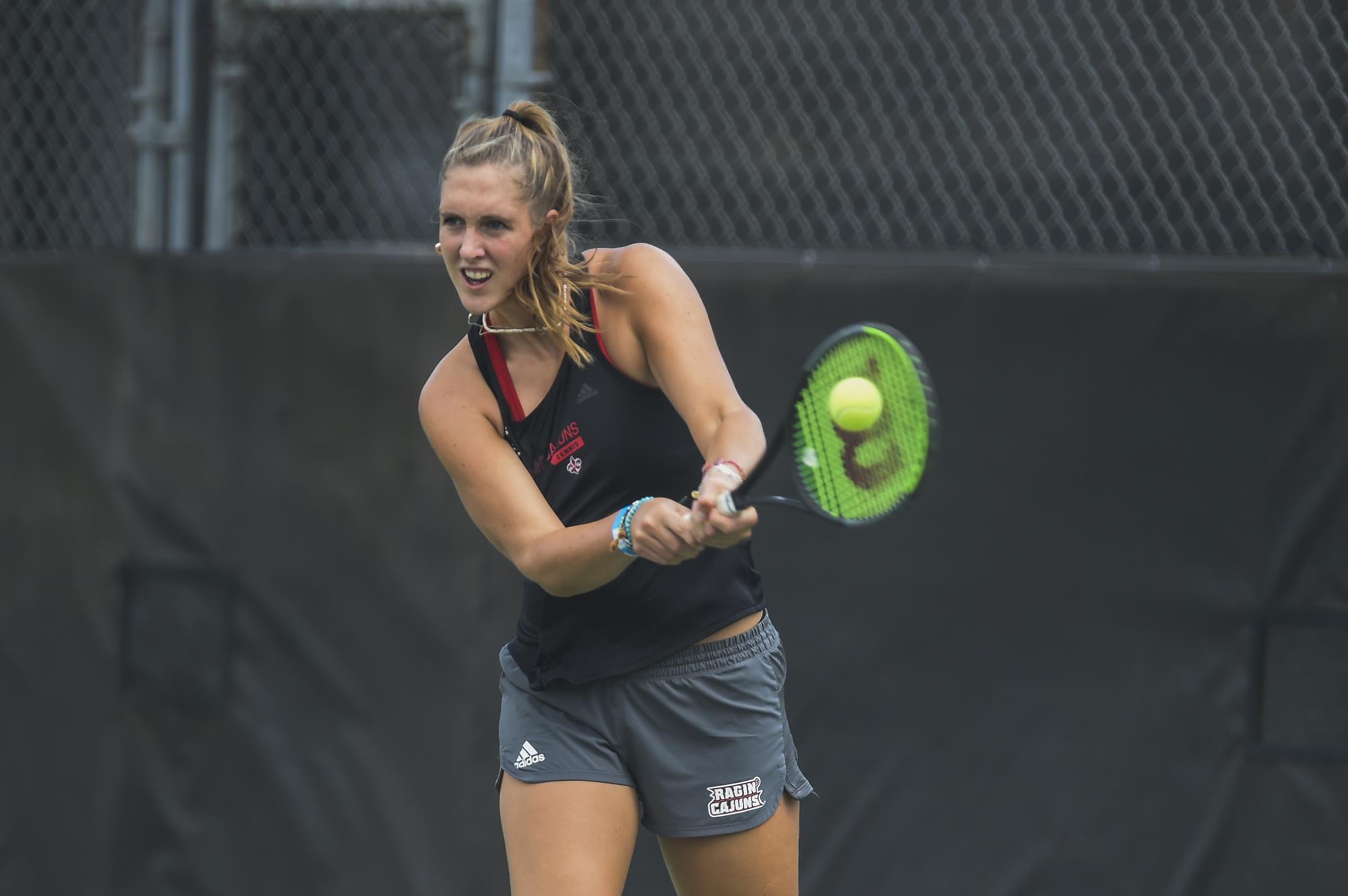 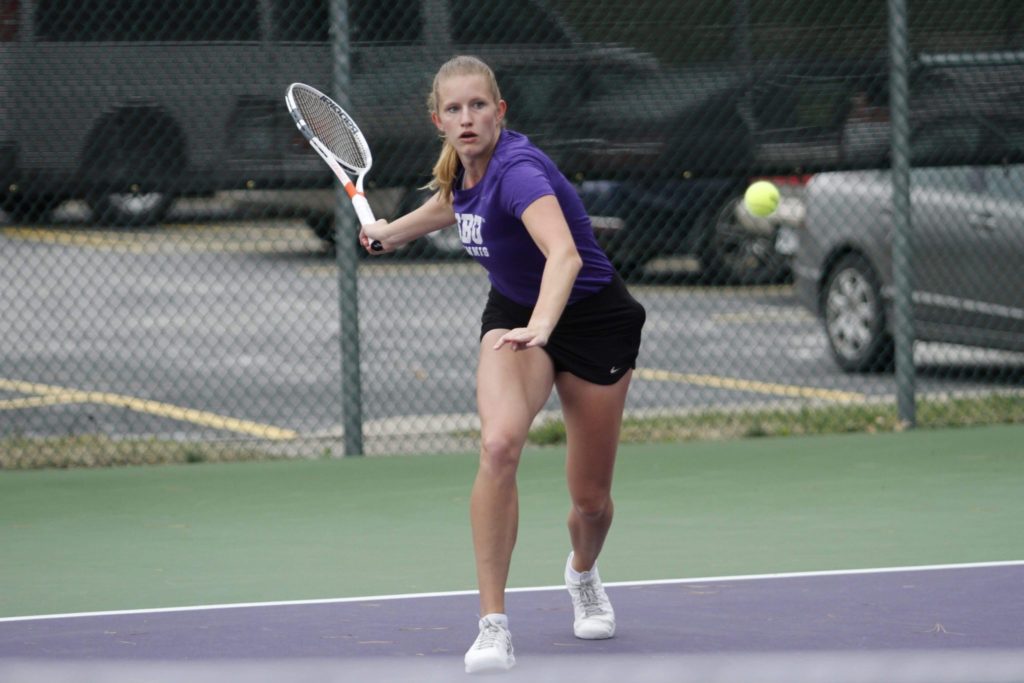 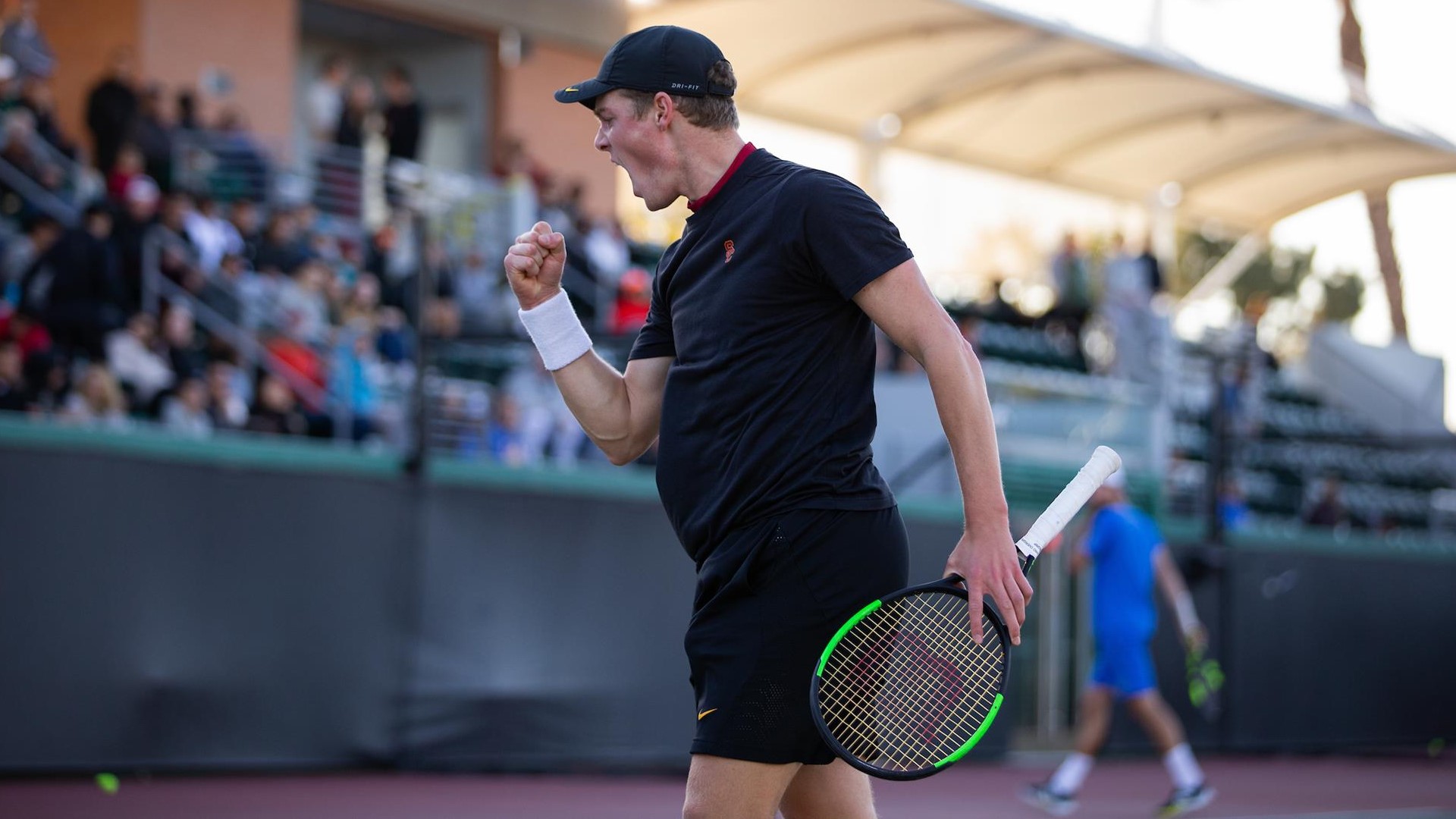 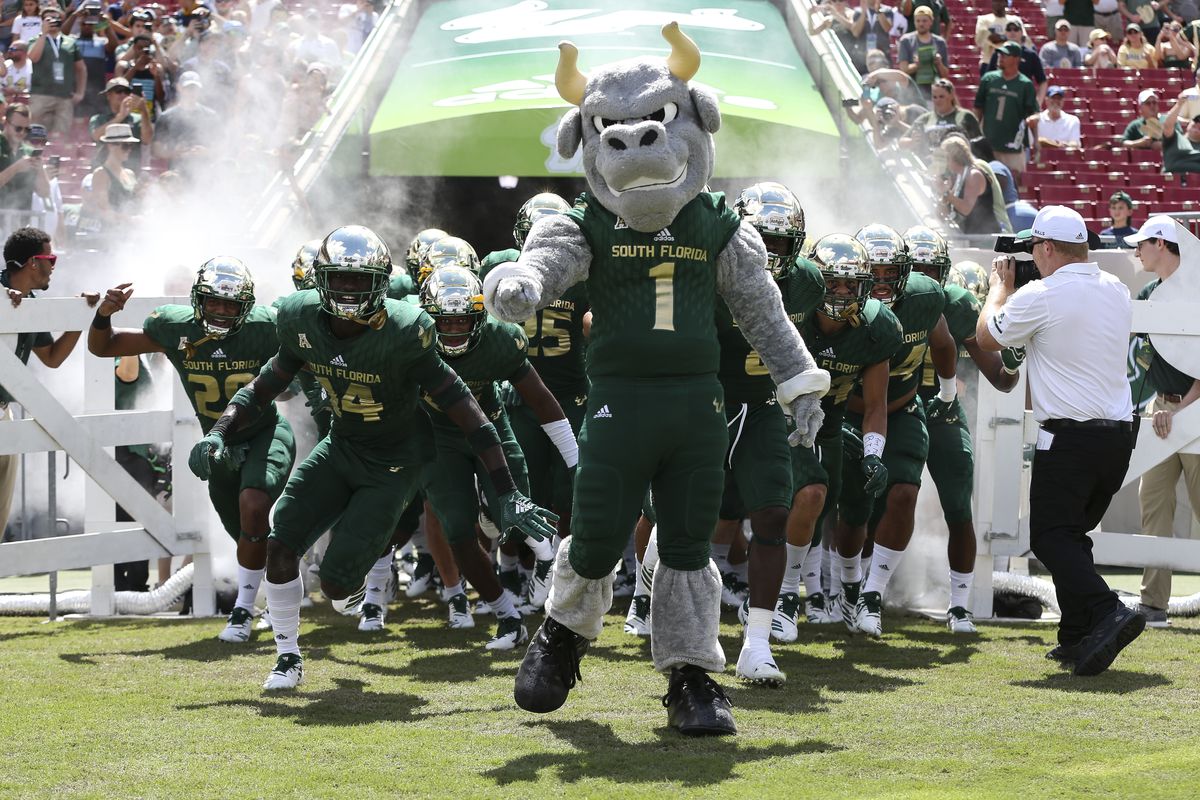